Protesters entered day 14 of a live-in demonstration at Camp Armen, the former Armenian summer camp located in the Tuzla district of Istanbul.

The camp had been marked for demolition to make room for luxury residential buildings. Yet, soon after the demolition began on May 6, work was halted when concerned citizens intervened; these included Peoples’ Democratic Party (HDP) members Garo Paylan and Sezin Uçar, as well as Ali Çelik, the Tuzla district head of the main opposition Republican People’s Party (CHP).

The Nor Zartonk Armenian youth movement of Istanbul has led a campaign to occupy the grounds of the camp since bulldozers first arrived to demolish it. 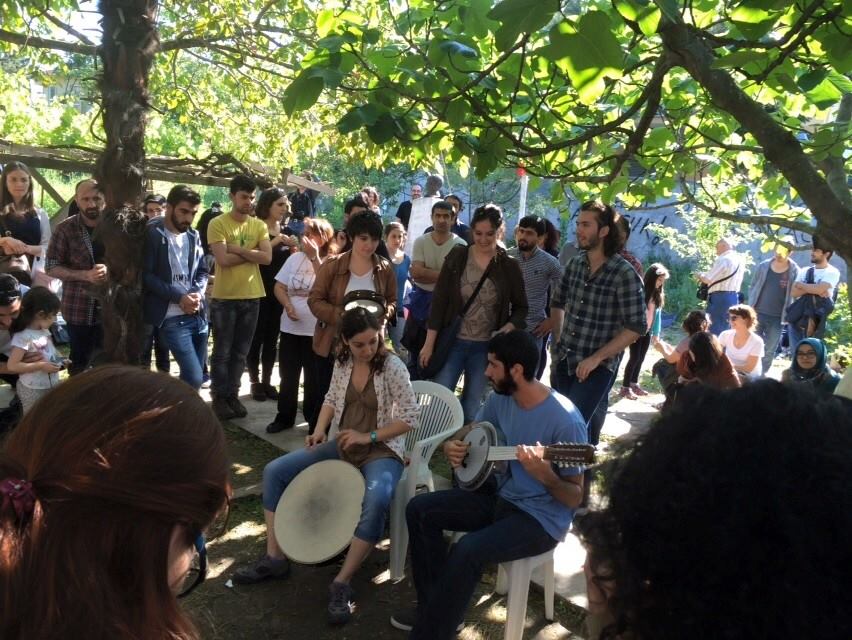 Speaking to the Armenian Weekly, Nor Zartonk member Sayat Tekir said that Camp Armen should not only be protected as a site of great historical significance for the Armenian community, but also as an important green space in Istanbul. “Several green spaces in the city continue to be destroyed to make room for commercial and residential buildings. We are here and will continue to stay not only because it’s our camp, not only because it’s historically and culturally important to us, but also because we stand up for the ecology of our city,” said Tekir. Nor Zartonk released a statement last week calling on the Armenian community of Turkey and civil society at large to join their efforts in helping to stop the destruction of the camp.

“We urge you to stand together and join the efforts and witness the battle for hope in testimony for the history, the pain, and the history of loss for Camp Armen,” read a part of Nor Zartonk’s strongly worded statement, which called the destruction of the camp a continuation of the genocide. “The attempt to demolish Camp Armen is the most effective evidence that shows that the genocide in Turkey is not over; in fact, it shows quite the opposite—that the politics of annihilation is violently continuing,” the statement read.

On May 14, Turkey’s Agos newspaper reported that Justice and Development Party (AKP) parliamentary candidate Markar Esayan had spoken with Prime Minister Ahmet Davutoğlu on the issue. According to Esayan, the matter is on the government’s agenda and work towards a solution has begun. Turkey’s Minister of Environment and Urban Planning Idris Gulluce, Istanbul Mayor Kadir Topbaş, and the head of AKP’s Istanbul chapter, Selim Temurci, who were present at the discussion, pledged to contact the owners of the building to find a solution. Eight Turkish human rights organizations and political parties (including the Human Rights Association of Turkey, Ankara Freedom of Thought Initiative, the Ankara Chapter of the HDP, and Ankara Freedom of Thought Initiative) and 140 activists, journalists, writers, scholars, and politicians in Turkey (including Sur Mayor Abdullah Demirbaş, publisher Ragip Zarakolgu, and scholars Sait Çetinoğlu and Taner Akcam) released a statement this week calling on the state to return the camp to the Armenian community.

“The state dispossessed the Armenian foundation’s property…without paying any money—by force. Now, the state must buy this place from the owner by means of expropriation and must give it back to the foundation,” read a part of the statement.

The state seized the camp from the Gedikpaşa Armenian Protestant Church Foundation in 1987, after the Turkish Court of Cassation approved a decree by the local court. The state later gave the land to a previous owner on the basis of a 1936 declaration.

The camp was once home to around 1,500 children, including the late Hrant Dink, his wife Rakel, and Parliamentarian Erol Dora. It had been left abandoned for years following its seizure.